HOUSTON, TX - JUNE 19: Agent Scott Boras speaks with the media after the Houston Astros signed first overall draft pick Mark Appel to the team prior to the start of the game between the Milwaukee Brewers and the Houston Astros at Minute Maid Park on June 19, 2013 in Houston, Texas. (Photo by Scott Halleran/Getty Images)

Get ready Diamondbacks fans, it’s Market Dynamics Week here at Venom Strikes, where we explore financial elements shaping the current baseball conversation. Frontloading, opt-out clauses, performance-based incentives, swellopts – understanding the function of these contract elements is essential to tracking the ever-changing financial relationship between players and owners – a bedrock talking point in the contemporary baseball world. Time to see what the hubbub is about with today’s topic: swellopts.

MLB market dynamics are an organic, dynamic beast. The Diamondbacks have largely abstained while the newfound prudence of owners all around the MLB is recalibrating the market. Super agent Scott Boras – to the rescue – has found a solution at least one solution to help bridge the gap between teams and players: swellopts.

Before we get to the nitty gritty of swellops, let’s review.

The Diamondbacks acted fast this winter –  their big move sending franchise icon Paul Goldschmidt to the Cardinals for four quarters on the Goldschdmidt dollar. With many contenders locked into a first baseman already, it’s understandable why the Dbacks struck early. They wanted to beat the market – and they did.

Fast forward to the present: Bryce Harper – finally – joins Philadelphia Phillies. The biggest offseason questions have been answered. But more questions have popped up in their stead. Namely: what the hell has become of MLB’s free agent market?

To tighten our grip on the growing conflict between teams and players here at Venom Strikes, we kicked off Market Dynamics Week by looking back on the Goldschmidt trade, the fear that drove the deal, and how the Dbacks might view the situation differently today – which requires defining what the market is today.

For that, we turned to a series of extensions with pre-arbitration players who are, all at once it seems, signing frontloaded contracts. Pair those deals with the increasing demand for opt-out clauses and we begin to get a sense for the conversations that are happening between player agents and front office representatives.

Players are scrapping and clawing for the longest and largest contracts they can grab (except for Yasmani Grandal). But at the same time, they’re angling to control their own destinies with these opt-outs.

Top free agents are able to secure their sovereignty because they have negotiating power. Players like Manny Machado – aka generational superstars – are having their cake and eating it too. Machado’s 10-year deal with an opt-out after five is the deal most players want.

Perfect for players, these kinds of deals hamper team flexibility with hefty contracts, as well as uncertainty as owners await the performance of their new stalwarts. If said player is good enough to opt out, then the team has to either dole out the cash to keep them (again) – or find a new superstar. If they don’t opt out, then they’re likely overpaid (see Heyward, Jason). In a vacuum, the environment here looks pretty good for players.

But players are part of a union, meaning there is a collective good that warrants consideration, too. Teams take advantage of this: suddenly hep to the consequences of burdensome contract obligations, they are unwilling to “settle” for mid-tier free agents.

This environment – the real environment – spawns outsized unemployment and the widespread “lowering of expectations” as more veterans than ever are funneled into team-friendly [minor league] deals.

And into this fray jumps super agent Scott Boras. Seeking, as ever, to get his players paid, Boras is pitching a new kind of deal. But in this case, owners are happy too.

A swellopt is a brand new term for a relatively-new free agent contract structure coined by Boras this winter. At its core, the swellopt is a comprise – illuminating the source of conflict (as compromised usually do).

So what is it? The Athletic’s Ken Rosenthal (via Twitter) quotes Boras’ directly: “For the club, if the player performs well, the club can opt in (contract swells). For the player, if the club doesn’t opt in, the player has the choice to continue with contract (swell) or opt out. It’s a swell option for both.”

Japanese lefty Yusei Kikuchi‘s new deal with the Mariners is the perfect example. The first three years pay Kikuchi $43MM guaranteed, after which the team has the option to pick up an additional four years, $66MM – thus bringing the total value to seven years, $109MM (swell). Or: they can simply…opt out.

If the Mariners opt out, the player – in this case Kikuchi – can opt into a fourth year for $13MM (swell). Or: he can opt out and become a free agent.

There’s creativity in contract negotiation, as above, and there’s abstaining. The last two winters have clearly revealed trends: free agent contract are fewer, lesser, and shorter. Teams like the Diamondbacks and others (Pirates, Cubs, Blue Jays, Orioles) aren’t engaging the market at all.

Meanwhile, team revenue is on the rise. Unfortunately for the MLBPA, these rising revenues are not motivating owners to spend more. Quite the opposite: more efficient front offices are proving an important truth you should plaster on all your MLB Market Dynamics big boards: spending is related to winning – but it is not causal. 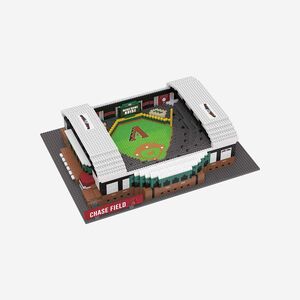 I hope so, because the above is the essential relationship that is driving the changing fiscal ecosystem. An inability to reconcile these facts with the desire of the MLBPA – as well as individual players + player agents –  to see their contracts rise with team revenues…that is what will lead to a labor stoppage in 2021.

The Diamondbacks haven’t yet taken advantage of swellopts – but it’s only a matter of time. The first step would be to engage the market. Maybe next year.